It is my firm belief that there are very few things worth getting up before the crack of dawn for.  I'm not sure this was one of them, but I did, and here's what I have to show for it LOL.  A few friends and I decided we would get up super early and venture down to Temecula for their annual Temecula Valley Balloon and Wine Festival.  We had done this back in 2009 with press passes (I have NO idea how or why we had those), and spent a good deal of the early morning chasing hot air balloons that were getting ready to take flight or already in flight.

Today, we decided to get some shots of the launch from Lake Skinner.  We knew it would be hit or miss, and if the conditions were too foggy, it would definitely have been a miss.  We arrived in Temecula a little before 6am.  Thank God I didn't have to drive! 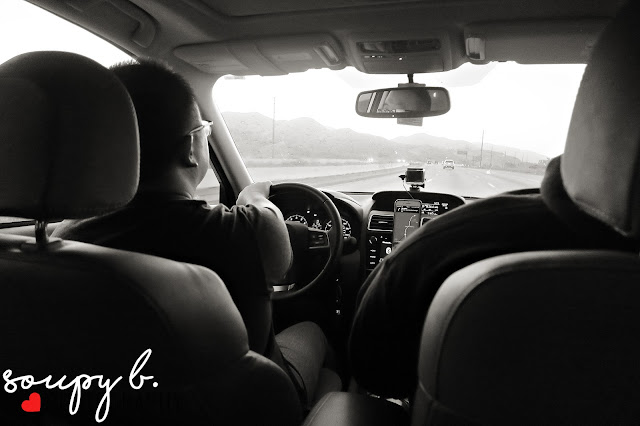 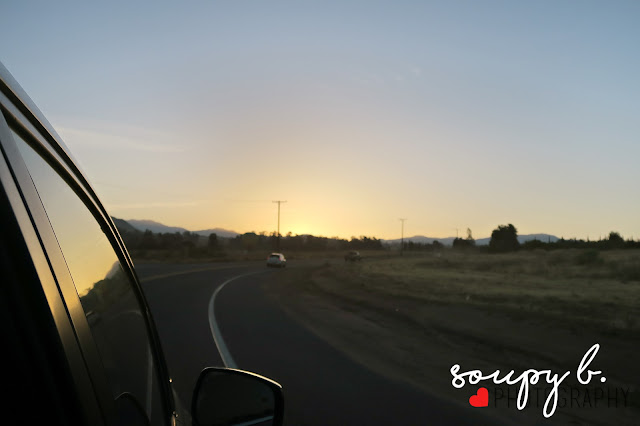 We saw this on the drive towards Lake Skinner on Rancho California Road.  After trying to find more balloons ready to launch, we decided to give the festival grounds at the Lake Skinner Recreation Park a go.  The parking was $10, and we opted to just park and skip the $23 festival admission.  Once you park, you can already see some balloons taking off. 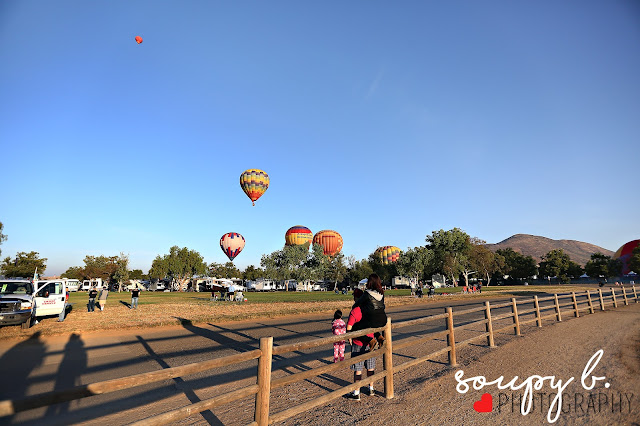 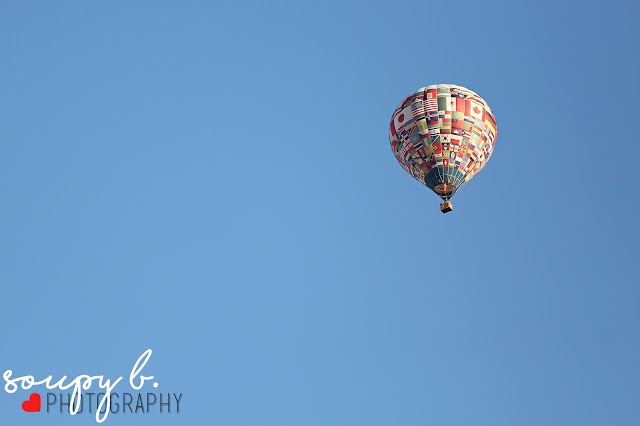 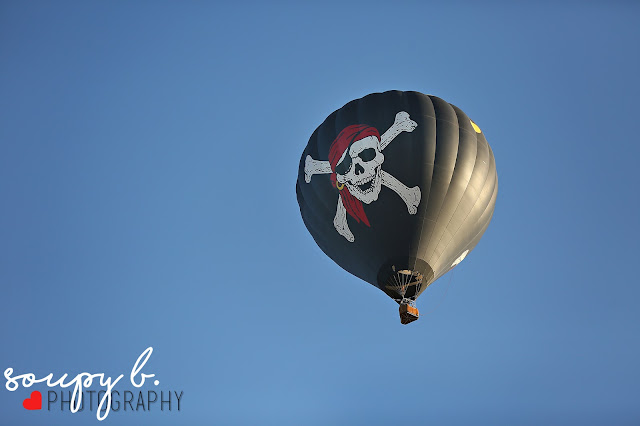 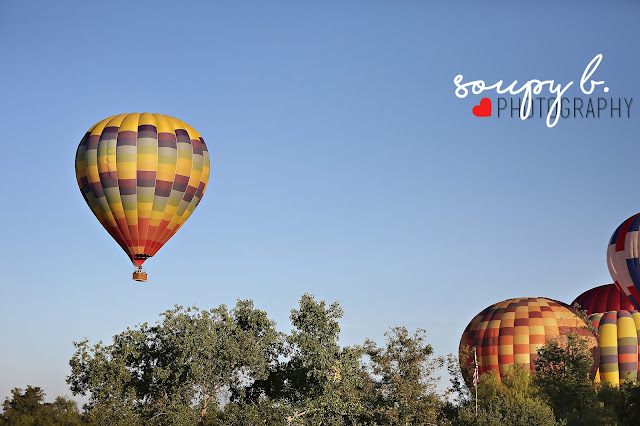 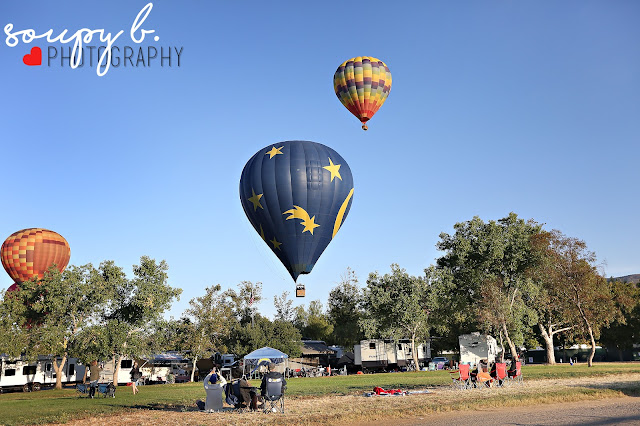 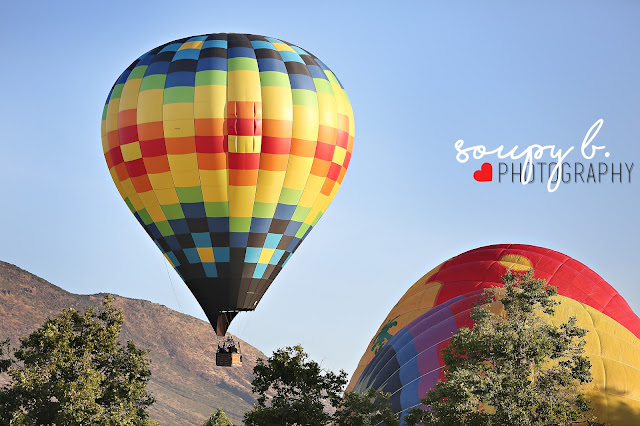 We weren't particularly fond of the lighting, and since the sun was already up, it seemed like the rest of the day would be a total waste (in terms of getting photos).   The last time we went in 2009, there were some great fluffy white clouds as our backdrop.  We definitely could've used those today. 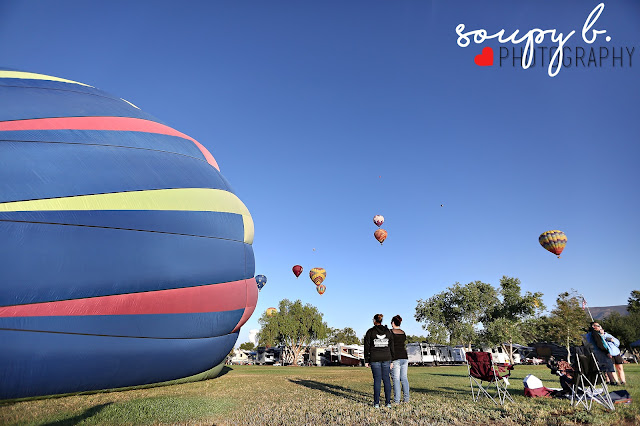 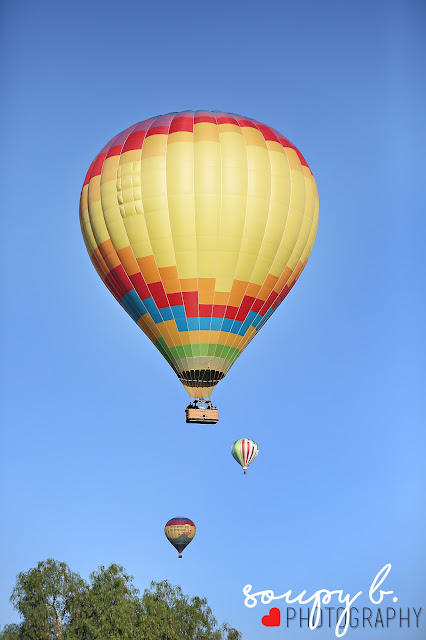 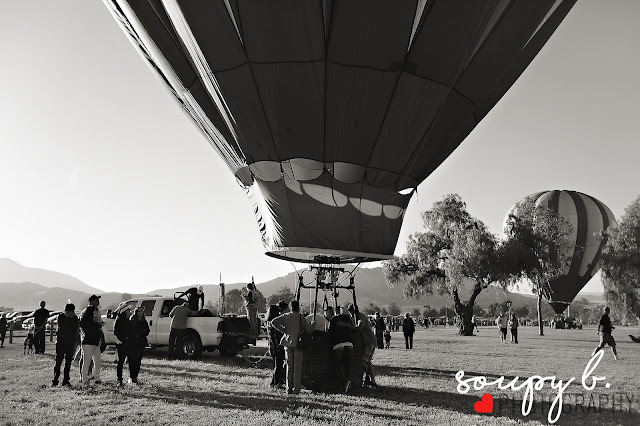 After getting some not so photogenic photos, we decided to take a small hike through the RV parking area and go towards the direction of the lake. 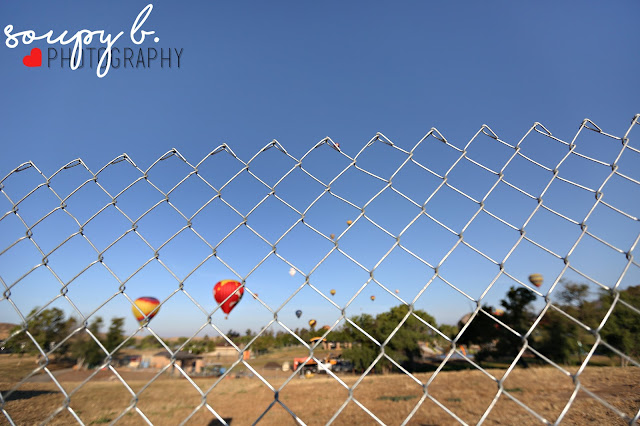 For reference, the RVs were to our left, and the lake was straight ahead. 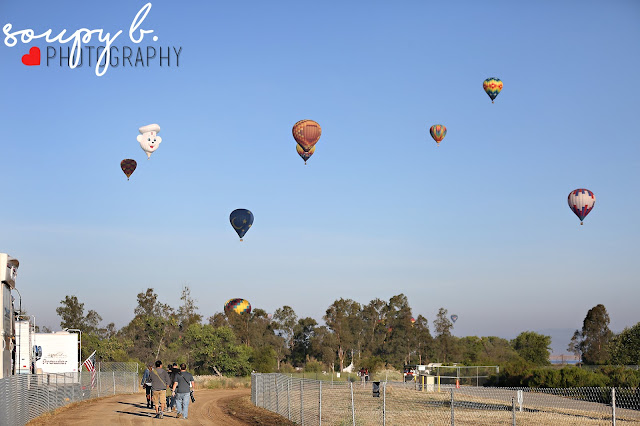 As you get closer to the lake, you can make out where the balloons are launching from a lot more clearly.  There is also a great spot near the water where you can get wide shots of the balloons.  However, the problem with shooting these things is that you're pretty much at the mercy of wherever the pilots decide to take their balloons.  If they're not in a great place to compose a pleasing shot, there really wasn't anything we could do about it. 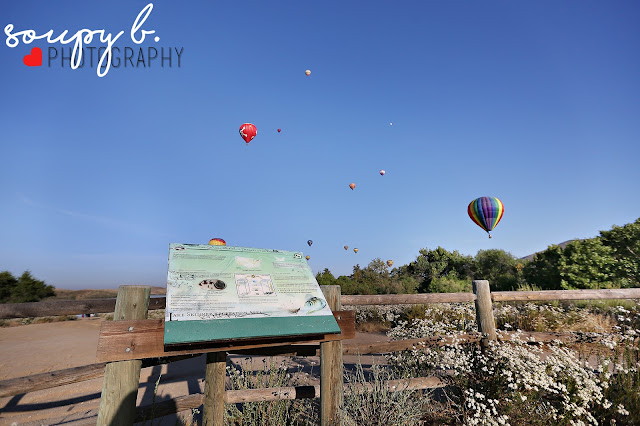 This spot below was a good vantage point.  Clearly, we were not the only photographers that thought of this. 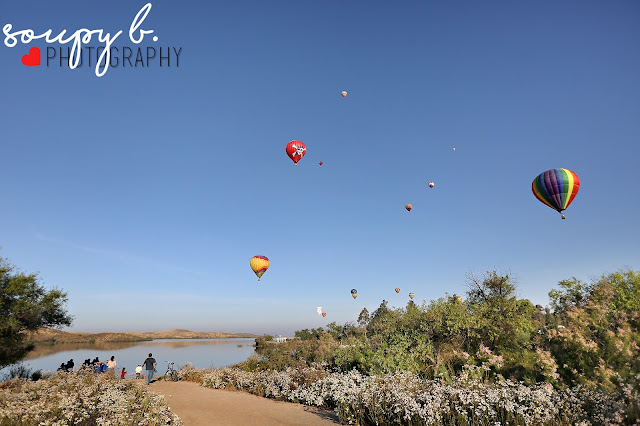 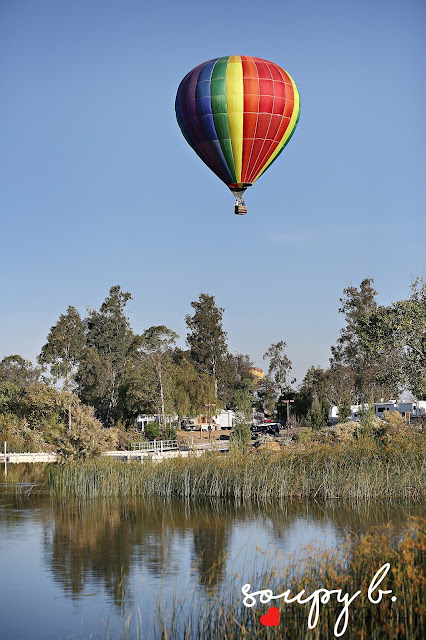 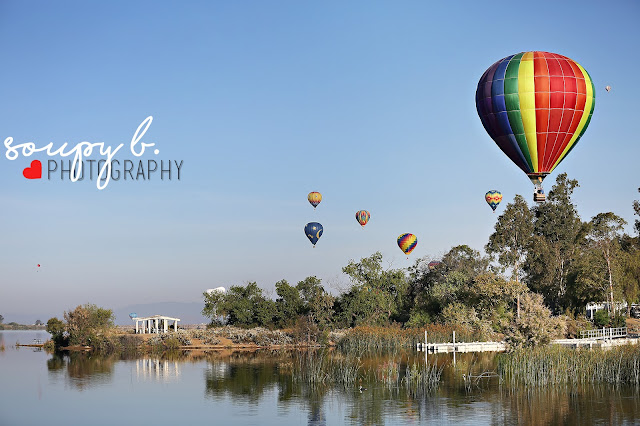 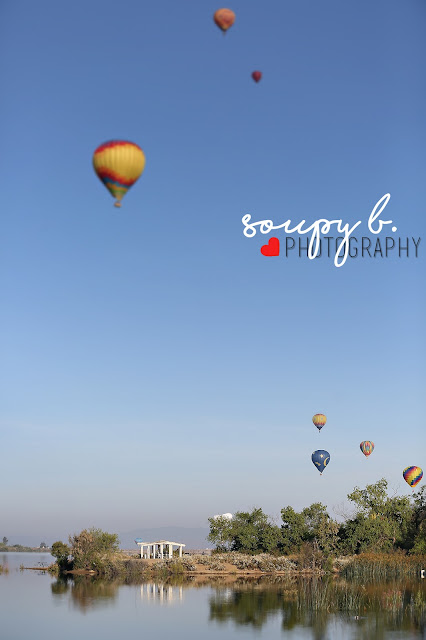 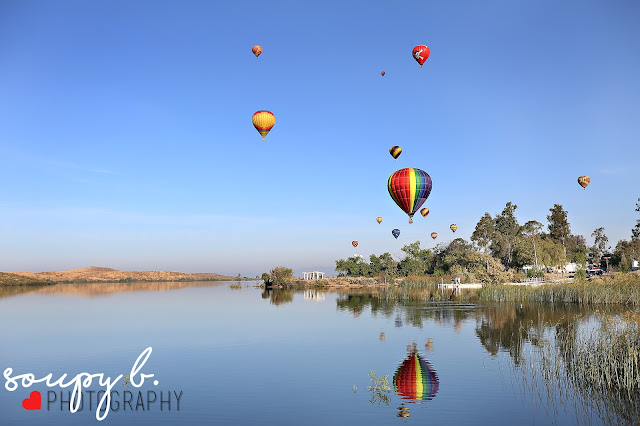 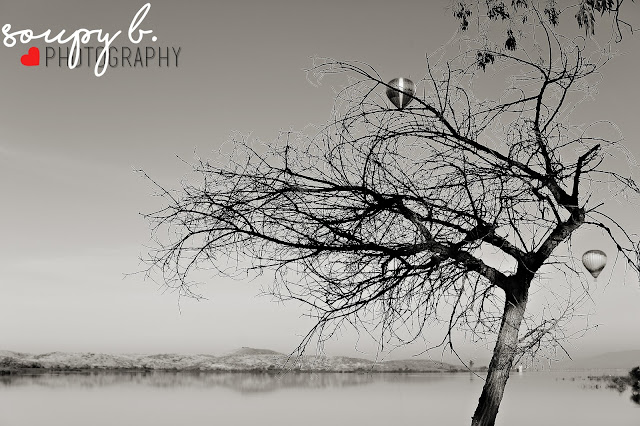 Once the balloons started drifting too far away, we decided to call it a day.  Now that we've found a good spot, I think next year we'll come straight here even earlier instead of wasting time driving around initially looking for launches in wine country.  That's right, I said even earlier. 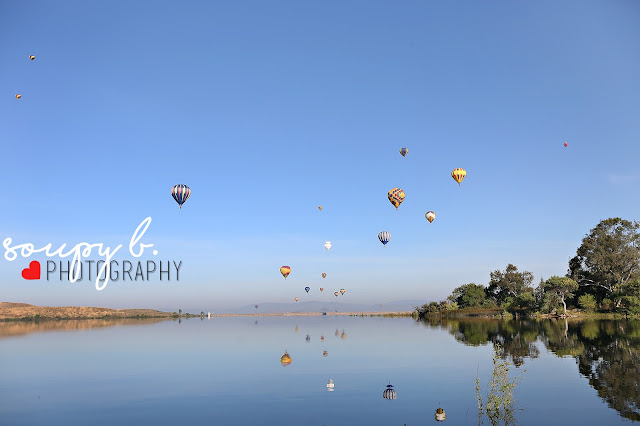 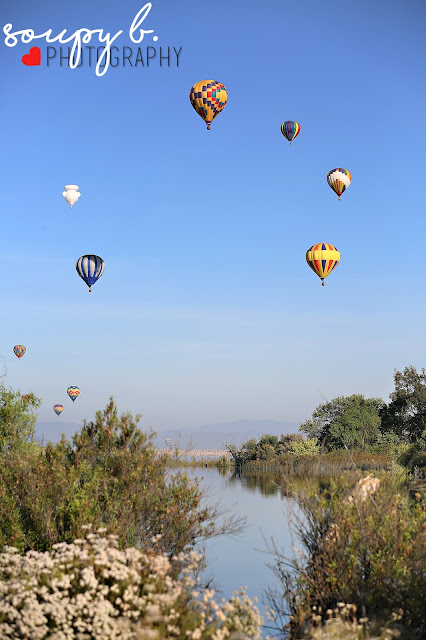 The nice thing about this location are the benches nearby that you can sit at if you get tired. :) 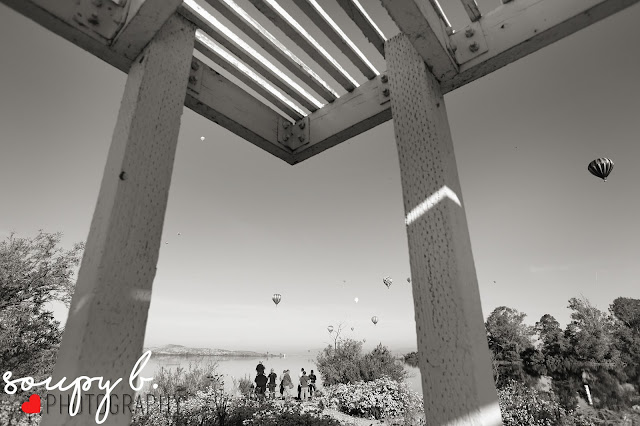 Was this worth getting up at 4am for? Ask me tomorrow when I've regained consciousness.

Posted by This Wandering Lens at 11:12 PM