The Annenberg Space for Photography :: Cuba Is Exhibit

At the start of 2017, I jokingly started using the hashtag #nospend2017 as a semi-joke as I tried to focus on spending less money on things that I didn't need or added value to my life.  Needless to say, I got a lot of crap from my friends who follow my personal Instagram account that are privy to some of the spending that throws #nospend2017 out the door!  I firmly believe that even when you set goals and have a fail, you can either quit or keep going.  I always (okay, sometimes) decide to keep going.  I wanted something cheap and interesting to do this weekend and found The Annenberg Space for Photography to be the perfect pick!

*All photos taken with my Canon G7x. 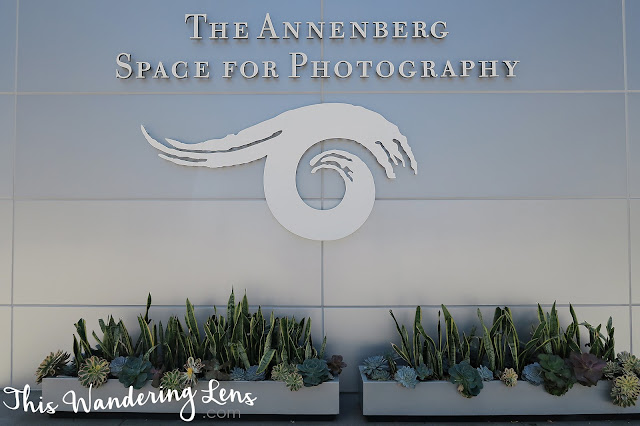 For those of you who are not familiar, the Annenberg Space has ever changing photography exhibits that showcase a myriad of photography styles and subjects.  A few that I remember off the top of my head were sports photography, National Geographic (really loved this one), and even one of consumerism (and rich kids' lifestyles - I know, weird...but interesting).

The parking is $1.  That's right, parking in L.A. (Century City to be exact!) for ONE DOLLAR!  When I first discovered this, I was so thankful to the crazy wealthy family who must own this gallery space, and allowed the rest of us to enjoy it for a nominal fee.  Admission into the Annenberg is free. 😊 You park underground and take a few escalators up to ground level. 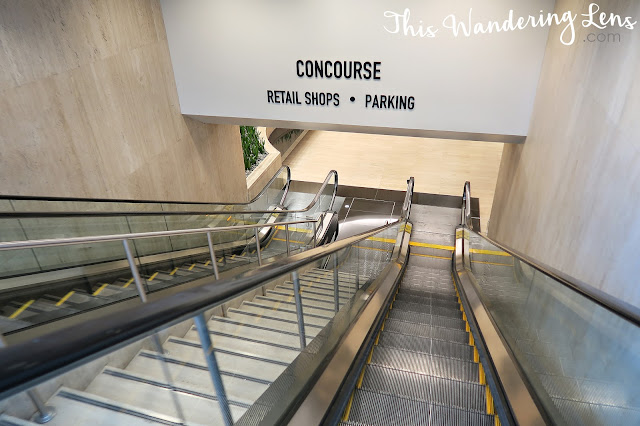 Once you reach ground level, you'll be greeted by this very clean lobby. 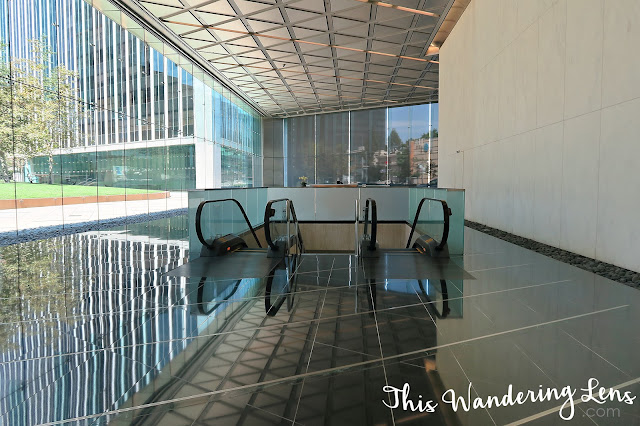 When you see that building on the left with the cut out in the middle, walk out the glass doors, and you'll see the frosted glass panels of the Annenberg to your upper left. 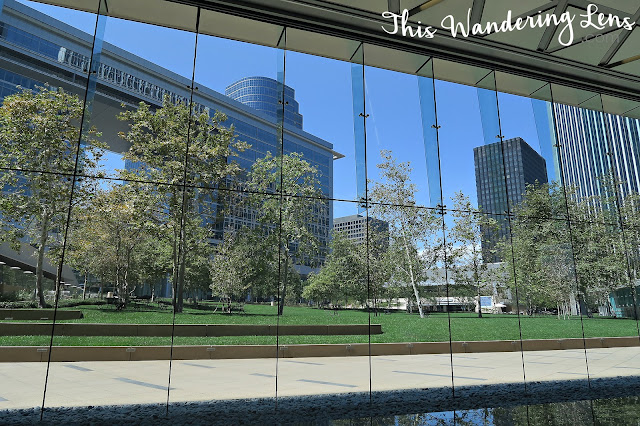 I really wanted to see their "Cuba Is" exchibit, and since this was opening day of the exhibit (which runs until March 4, 2018), I decided it was best to get there early and beat the crowd to the Porto's Pop-Up see all the photography. 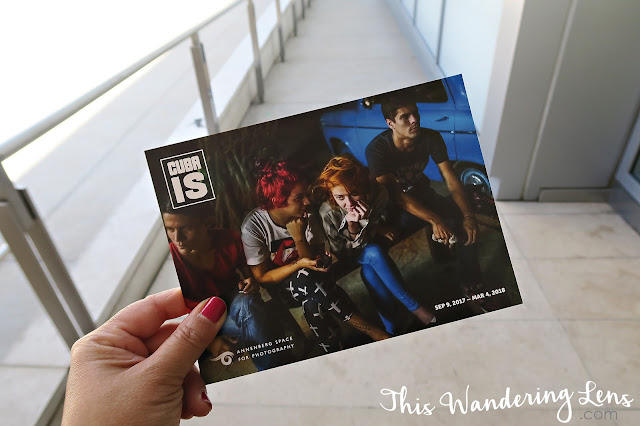 There's a small space set up to look like a Cuban cafe.  It was done really well as someone clearly took the time to curate some vintage finds to decorate the space.  I wish I had taken more photos, but knowing they don't allow you to take photographs in the gallery area, and they seemed to allow it in the cafe, I didn't want to push my luck. 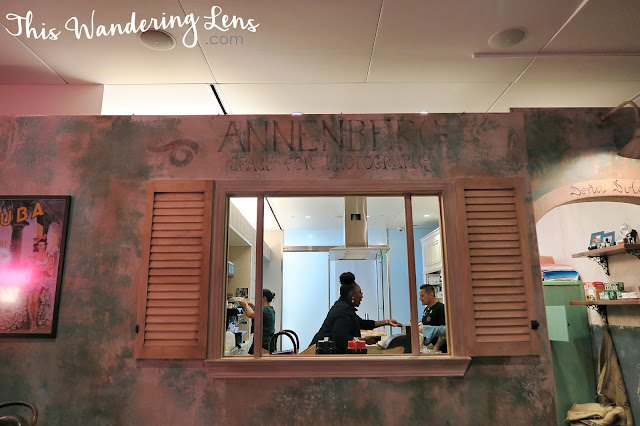 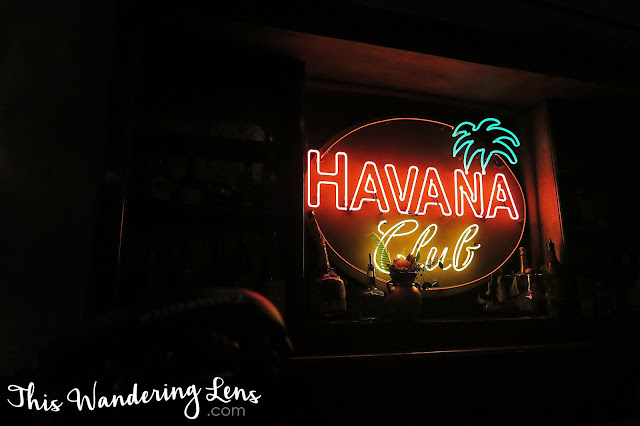 There is a little faux bar area set up with virtual reality glasses and headphones so you can take a little "tour" through Cuba.  It was interesting, but it gave me a slight headache (which I'm assuming I got because I'm not used to anything VR.)  Here's my friend using it. 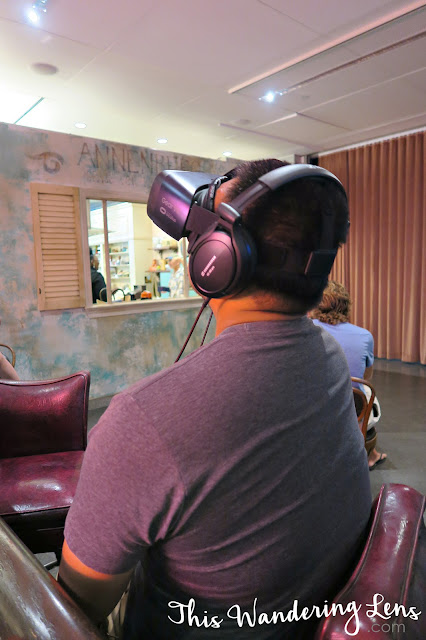 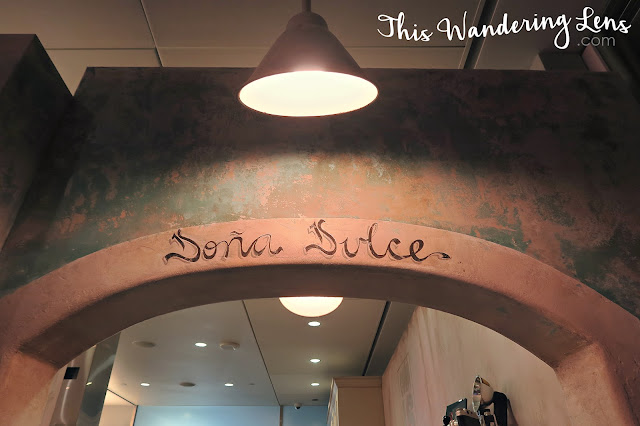 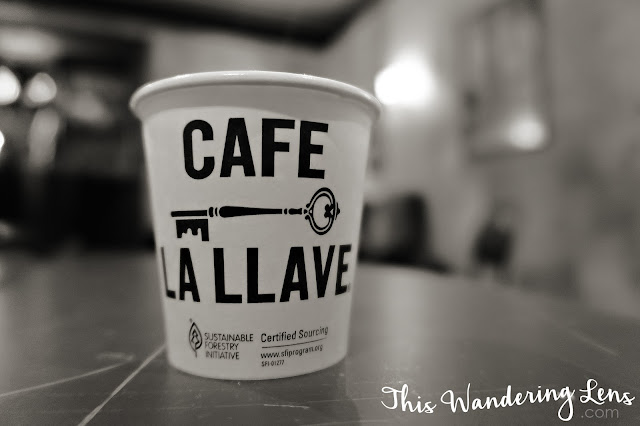 This little tray of sweets set me back $4.75.  They also had slices of some Porto's cakes as well as a small tray containing two cheese rolls and one guava roll (also for $4.75, I think).  If you've been to Porto's, then you know these are astronomical prices.  *Throws #nospend2017 out the door again* 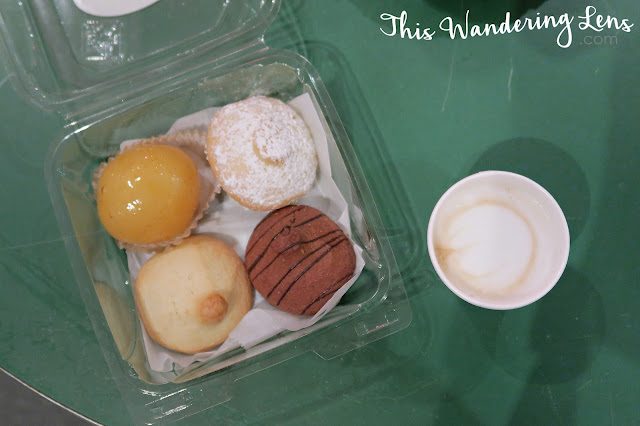 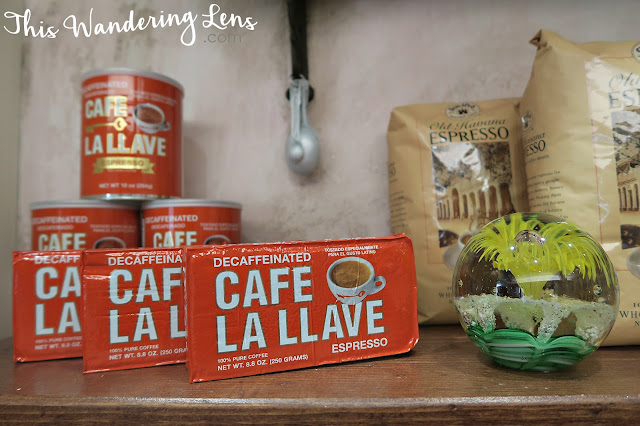 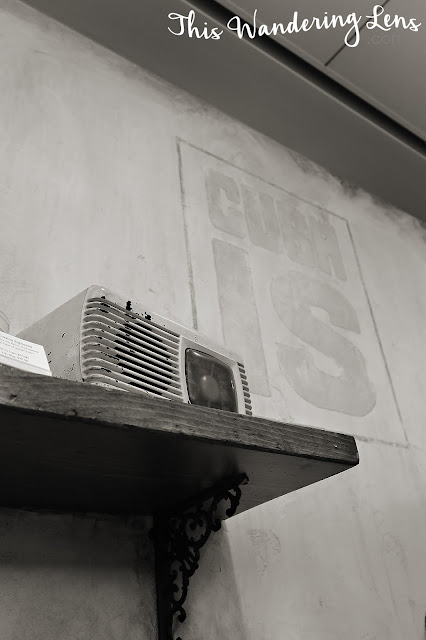 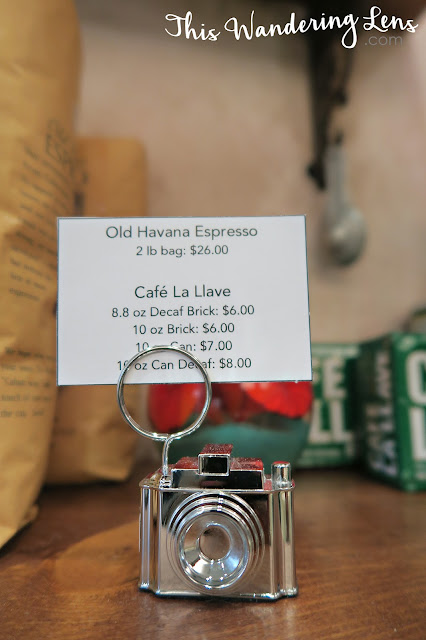 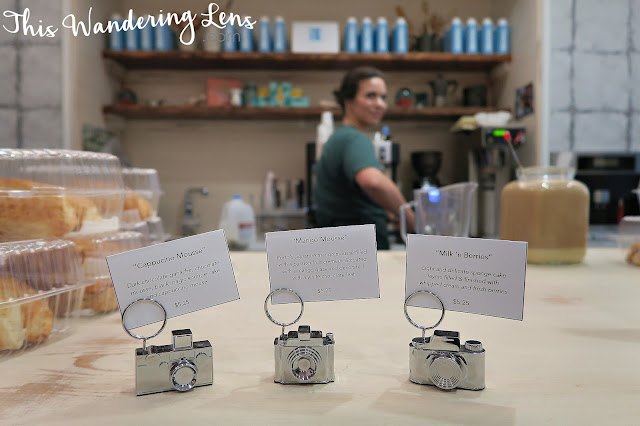 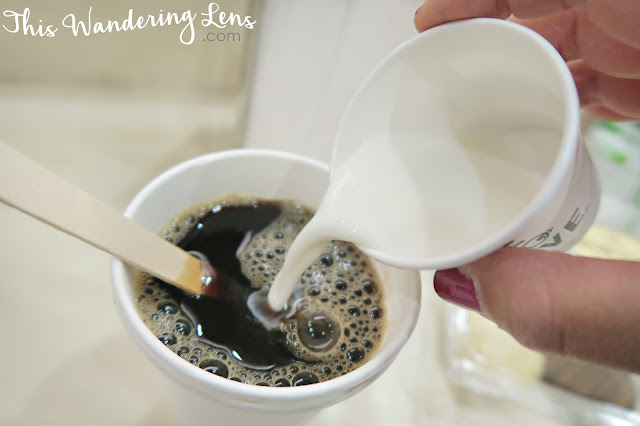 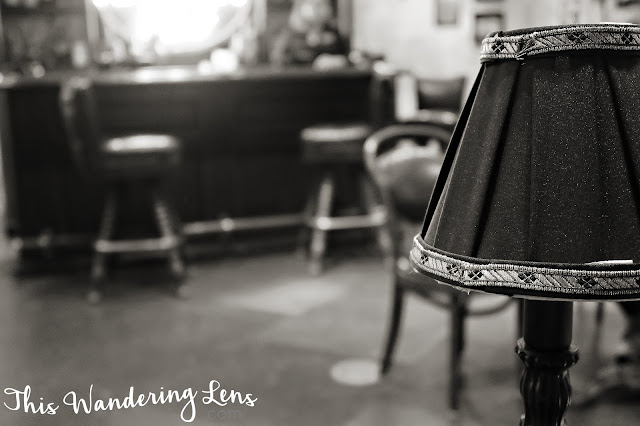 Upon entering/exiting the building, you'll be greeted by a few stands filled with (mostly) photography-related items that are oh-so-cute.  I pretty much squealed at all the things.  I really wanted all the things (especially that "Editing Day" mug and this cute bento box that looked like vintage camera).  I walked away with nothing, but would be lying if I said I didn't regret not buying something hahahaha... 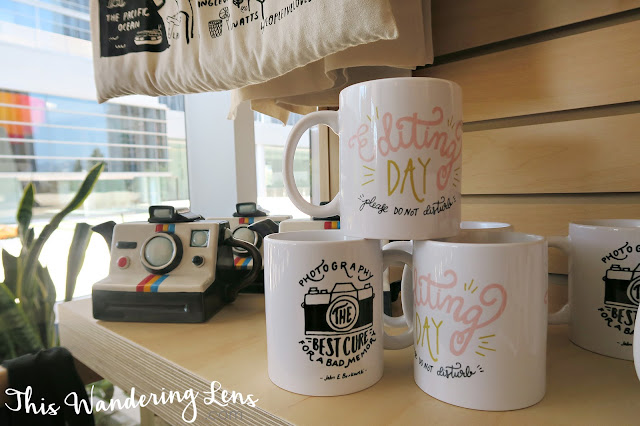 As for the photography gallery itself, since you can't take photos in those areas, you'll just have to venture out to Century City and see for yourself!  One of the interesting things I found was a collaboration between this photographer and another photographer by the name of Tico Torres - of Bon Jovi!!!  I do recall seeing a documentary on Bon Jovi where Tico said he was into photography, but I certainly didn't expect to see anything from him at the Annenberg.  It was so cool to see.  Here's a picture for proof.  I can't disclose the origins of the photo since you're not supposed to take photos inside. 😏 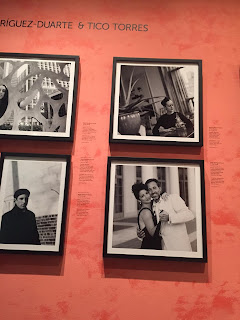 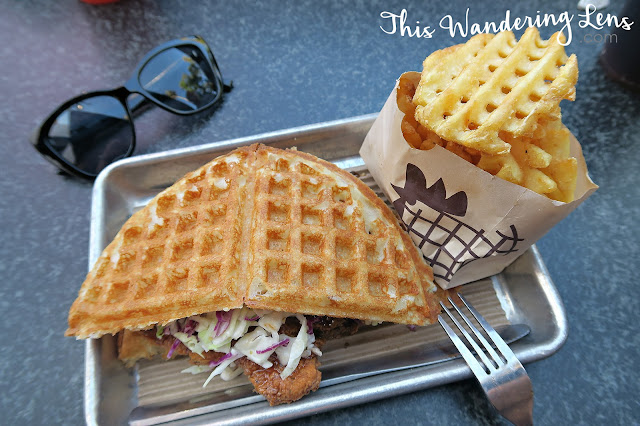 Thanks for stopping by! 💓
Posted by This Wandering Lens at 11:38 AM